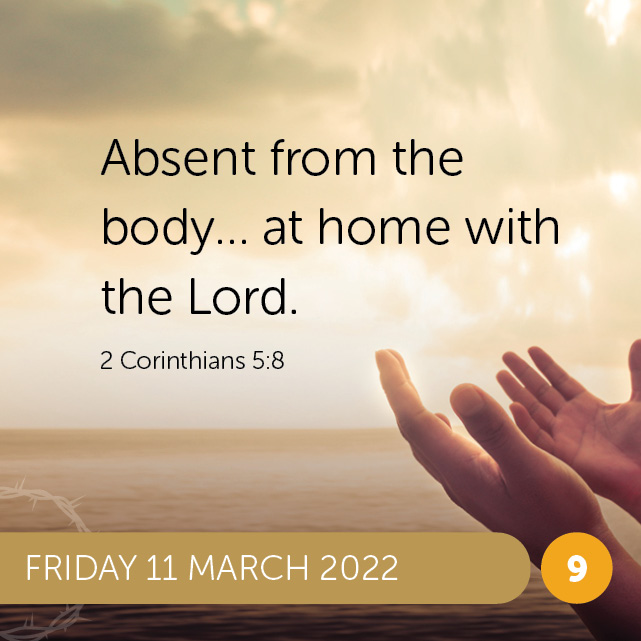 Mortal Questions is a book by the atheistic philosopher, Thomas Nagel, in which he explores human attitudes on a range of subjects, including death. Concerning our mortality, he says:

“It’s not the state of nonexistence that’s objectionable, but the loss of life. If life is all we have, then losing it would be the greatest loss we can sustain.”

Nagel’s pessimism is understandable if you have no belief in a God Who loves you. If “this life is all we have”, then it makes sense to describe it as “the greatest loss we can sustain.” After all, a mere 70-80 years is not even a blip on the radar screen of a seemingly endless Universe.

As my father used to say, “You only go around once, so you may as well make the most of it.”

But when you think a statement like this through carefully, you realise how futile it is.

Despite their confident statements that there is no God or an afterlife, many atheists have not found the comfort they sought in unbelief, especially when it relates to their own demise.

One doctor put it this way:

“I’ve tried to resolve my fear of death intellectually and come to the conclusion that it can’t be done, at least by me.”

He is not alone. An article in a well-known US newspaper declared, “Atheism has a suicide problem”, revealing a prevalence of depression among atheists, often resulting in suicide. (Similar sentiments were echoed in a report published in the American Journal of Psychiatry.)

What a different picture Paul gives us! In the face of death, he says Christians can be “of good courage” or “confident” because after they die, they will be in the immediate presence of the Lord Jesus. And it is not a confidence that comes or goes – it is “always” with them!

The prospect of death is a confronting fact of life, but the person who knows Jesus as Lord and Saviour can face it with confidence because Jesus has gone before them and through His resurrection, has put death to death!

Q. What fears do you have about death?