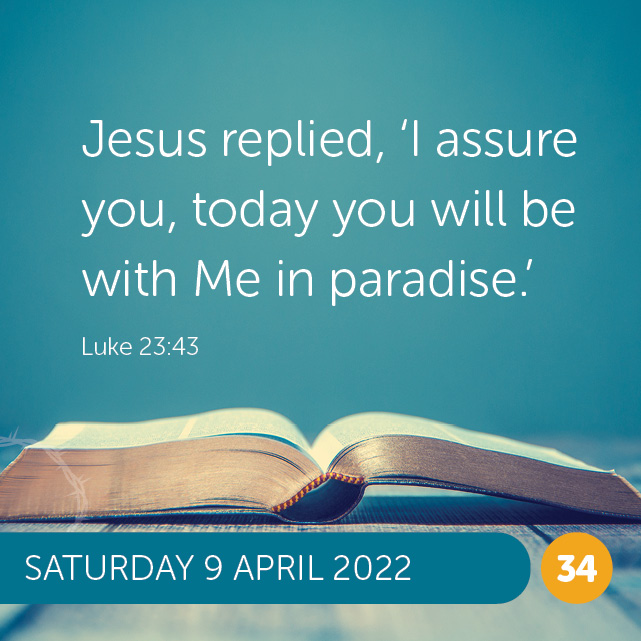 Several years ago, 1000 people were polled and asked the question, “Who are the people most likely to go to Heaven?”

Topping the list at 79% was Mother Teresa with respondents saying she was “very likely” or “most likely” to go to Heaven, followed by Oprah Winfrey on 66% and Michael Jordan on 65%.

What sort of person goes to Heaven?

I want you to think for a moment about the two men who were crucified on either side of Jesus on the first Good Friday over two thousand years ago.

The Bible says they were “criminals” and sometimes they have been described as “thieves” or “robbers.” To be honest, none of these terms comes close to describing the kind of men they were. The word criminal is literally translated as “an evil doer” while “robber” refers to the fact that they plundered people openly and violently.

They were violent, hardened, men; think of the infamous Australian gang member Mark “Chopper” Read and you will have an idea of what they were like.

It has also been suggested they were associates of Barabbas, the man released by Pilate instead of Jesus. Barabbas was a murderer and a leader in the rebellion against Rome – not the sort of person you would normally invite home for dinner!

But look carefully at what happens.

One of the men appeals to Jesus for mercy. He does not pray a sinner’s prayer. He cannot be baptized. He will not be going to church anytime soon and he won’t be able to seek forgiveness from the victims of his violent crimes.

How does Jesus respond?

“I assure you, today you will be with Me in paradise.”

I love how Max Lucado describes the scene:

“Wow. Only seconds before the thief was a beggar nervously squeezing his hat at the castle door, wondering if the king might spare a few crumbs. Suddenly he’s holding the whole pantry.”

What sort of people go to Heaven? Those who know deep in their souls they need the mercy and grace offered freely by Jesus.

Many people believe in Heaven, and many believe they are going there. What is your basis for saying you are going to Heaven?