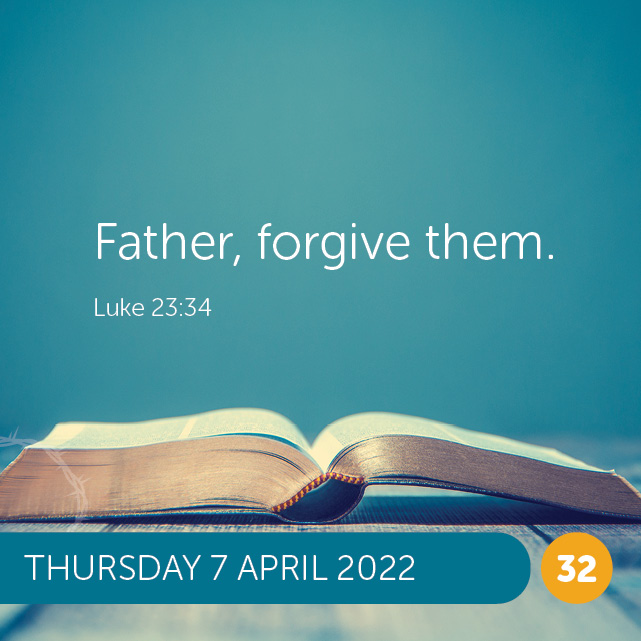 Forgiveness can be a difficult concept to explain.

This was certainly the case for some missionaries who took the Good News about Jesus to the Eskimos. They couldn’t find a word in the Eskimo language which adequately explained what they meant by forgiveness, so they came up with the following:

It literally means “not being able to think about it anymore.”

Does this mean forgiveness is simply forgetting the wrong that was done to me? Most of us have been told at some point to “forgive and forget” and we are no doubt familiar with the saying, “Sticks and stones may break my bones, but words can never hurt me.”

I don’t think much about the physical injuries I have incurred over the years, but I certainly remember many unkind things said to me throughout my life.

Perhaps you wrestle with the same thing.

You feel you have forgiven a person for the wrong they did to you, but there are times when the memory of what was done surfaces again, causing you fresh grief.

Because you still remember, does this mean you haven’t forgiven?

Not for a minute.

When the missionaries to the Eskimos came up with their word for forgiveness, what they meant by “not thinking about it anymore” was the hurt or pain done to you no longer holds you. If, and when, it does come to mind, you direct the memory back to God, forgive again and leave it with Him.

And the person who gives us strength to do this is Jesus.

What an amazing example of grace and forgiveness He is. Hanging on the cross, in immense pain and suffering, He also endures listening to a hostile crowd constantly mocking, jeering, and taunting Him.

How does He respond?

He forgives freely from His heart – people who have no intention of being reconciled to Him – and leaves it with His Father.

He forgives us freely as well and “doesn’t think about it anymore” – all we need do is ask.

To forgive or be forgiven – which do you need most in your life right now? Jesus will give you the strength you require.