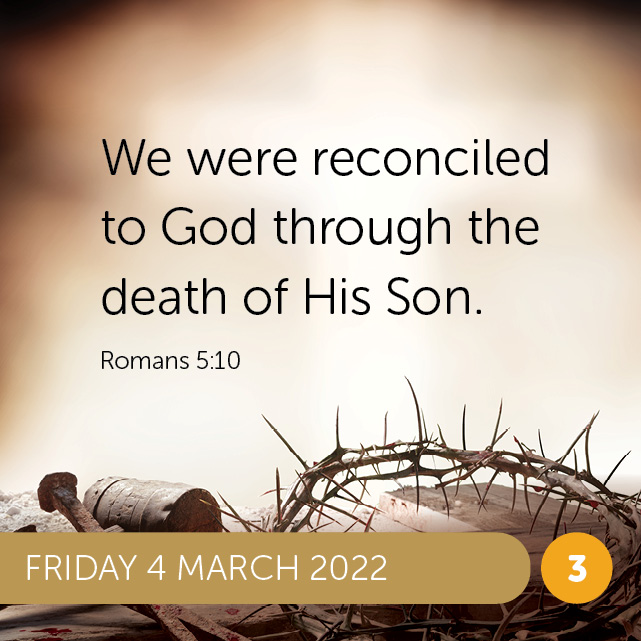 The minuet of Easter is beautifully expressed through Paul’s words to the church in Rome as he explains what God has done for us through His Son, Jesus.

Paul uses extremely robust language as he tries to describe how Jesus’ sacrifice is an overwhelming demonstration of the depth and strength of God’s love for us. He says, “God did all of this while we were still His enemies!” It’s a strong word because it describes our relationship with God as being in a state of antagonism, needing reconciliation.

During the height of the American Civil War, one of Abraham Lincoln’s Generals told him, “Mr President, you have an enemy, and you must destroy him!” Lincoln is said to have replied, “If I make my enemy my friend, have I not destroyed my enemy?”

How easily God could have left us in the adagio of our broken relationship with Him. He could have walked away, declaring the symphony of our life was over.

But He did not.

Just when we thought it was all over, the music in God’s orchestra broke into the vigorous minuet of Christ’s death, inviting us to dance with our Creator again!

Q. Have you accepted God’s invitation through Jesus to dance with Him again?