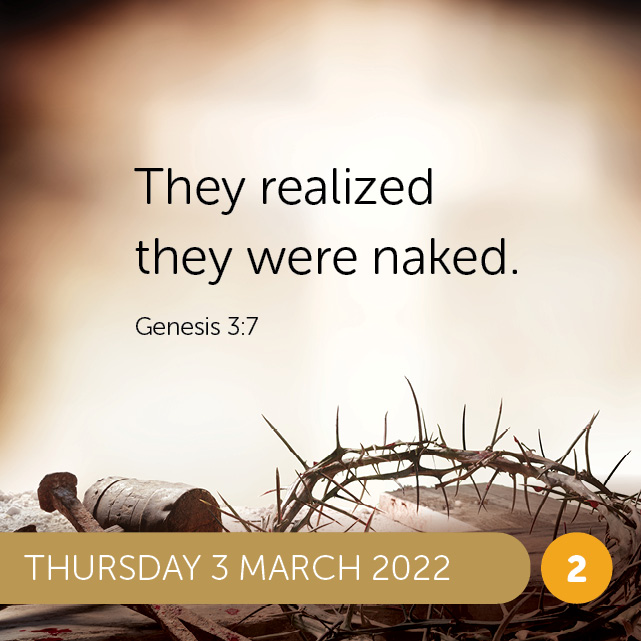 Music lovers know that a symphony consists of four parts. It commences with the allegro, a fast paced and exciting introduction which is then followed and contrasted by the more subdued adagio. Next is the minuet, a call to dance and leave behind the adagio’s sadness. And finally, there is the rondo which seeks a return to the joy expressed at the beginning of the symphony by the allegro.

Authors Ross Clifford and Jim Baucom in their book, Rise – Reimagining the resurrection life, suggest that the Biblical explanation of humanity’s relationship with God follows the structure of the symphony.

There is the allegro of God’s creation of humanity in His image and all the joy and wonder it holds. (We considered this in yesterday’s reading).

But it is quickly followed by the adagio – humanity’s descent into sin and all the despair and frustration that came with it.

Today’s reading is the adagio of life’s symphony.

Genesis 3 explains how people chose to rebel against God’s commandment by insisting on following their own will, thus forfeiting the joy of open relationship with their Creator and each other and replacing it with shame.

Adam and Eve’s relationship prior to this is described as being “naked and not ashamed” but now, acutely aware of their nakedness, they make a pathetic attempt to cover it up.

And the breakdown in their relationship with God is graphically exposed when they attempt to hide from Him in the Garden.

Through one act of rebellion, the joy and freedom of relationships was broken, an adagio of brokenness which continues to this day.

Clifford and Baucom make the solemn point that many people tragically “exit the hall of life’s symphony at this intermission” but there are still two parts to come.

The minuet of Easter, and it’s subsequent, promised rondo of re-creation and restoration are waiting for us – the best of life’s symphony is yet to come!

Q. What word would you use to describe your relationship with God at the moment? Why?