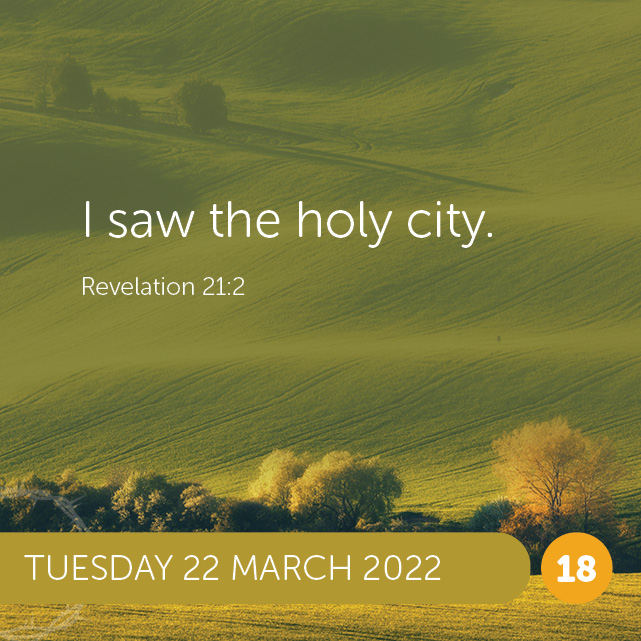 Following the fall of communism in Russia in the early 1990s, Australian theologian, Ross Clifford, was invited to address students at Moscow State University. His book, Leading Lawyers’ Case for the Resurrection had been translated into Russian and then given to 1000 lawyers.

Communism had clearly failed to bring about the Utopia it promised, and the question students asked Ross most often that day was, “Will your Jesus bring in the Millennium that Marxism failed to deliver?”

They were looking for a world where all things – creation, suffering, pain, injustice – would be put right.

We noted yesterday that when Christians die now, they enter the “first Heaven” where they will be conscious and in the presence of Jesus. But this is not our final dwelling place.

In Revelation 21, the Apostle John describes that he saw a “new heaven and a new earth” along with a “new Jerusalem.” (Verses 1&2)

That word new is an interesting one. It describes something that is fresh or refreshed, unused or renewed.

John’s vision was not of a heaven or earth that had never been seen before, but refreshed, restored, and renewed ones.

Creation as God always intended it to be – a perfect world inhabited by His resurrected people in perfect relationship with Him and each other.

In his wonderful book, The Case for Heaven, Lee Strobel says of John’s vision:

“It’s a staggering thought – heaven will be here, in this world, a re-created and renewed environment free from sin and decay, a place full of friendships and beautiful nature, all focused on glorifying God.”

Unlike Marxism, which was unable to bring about Utopia, the hope of a renewed world and restored relationships is no pipe dream.

God, Who made the promise can be trusted because his words are “faithful and true” (Verse 5) and He always delivers!

What are you looking forward to most in the new heaven and the new earth?